Skip to content
An account of the LRA treasurer’s experience in the 2017 Ride London cycling event. It could not be printed in the autumn newsletter in its entirety but we thought others would enjoy a step by step narrative of her adventure 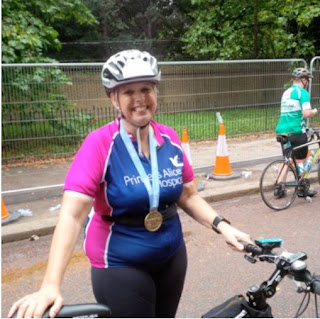