Since 1932 the Residents Association has sought to protect the interests of the residents of Fetcham in a variety of ways. Originally established as a Ratepayers Association, it has diversified into many aspects of local affairs that include , Highways, Recreation, Aircraft, Schools, Police Panels and Neighbourhood Watch schemes.

The history of the Association is illustrated by many major issues where developers and public utilities have sought to blanket our open spaces with buildings or to significantly interfere with our local road system but, with the support of our District Councillors, we have obtained the best compromise and have earned the respect of local authorities as being a voice of the majority.

We can look back with pride at the successful resistance to the original route of the motorway through the village and the subsequent development of the ‘Fetcham Gap’ on sympathetic lines; the preservation of the Millpond and the water meadow; the support to the refusal to develop Wisley Airfield as a commercial airport and the countless times that we have managed to restrict density of development to reasonable levels. This has often entailed representation at Public Inquiries.

However, we must constantly be vigilant as we are in a vulnerable position on the edge of the Green Belt and bounded by some of the most attractive woodland and in South . Each year brings a new challenge and it is through the Association that householders are alerted to factors that may affect their peace and well-being.

An Executive Committee manages the Association and meets monthly to discuss matters of current interest. The decisions and recommendations are reported to General Meetings in March and October when “open house” exists for all residents to come and discuss their problems. All members of committee serve on a voluntary basis and may come from a wide variety of occupations including the legal profession, commerce, engineering and education.

Prior to the Committee meetings, on a bi-monthly basis the Association hosts the useful Fetcham Police Neighbourhood Panel where residents may raise issues of concern and put questions directly to our local officers who attend to present their report on Police activity during the previous period.

Membership of the Residents Association is open to all residents of the for a modest subscription from each household and the greater the number of members, the stronger the representation. A twice-yearly Newsletter reports on the work of the Executive Committee and also serves to announce General Meetings and speakers that are invited to address the audience on matters of topical interest and concern. A team of Road Stewards supports the Committee in providing more direct contact with the members in their area, and by distributing the Newsletters and collecting annual subscriptions.

The Fetcham Residents Association is a non-political organisation whose main interest is to represent and further the interests of the residents of the village. It maintains close contact with the Councillors elected by the village to serve on the Mole Valley District and the Surrey County Councils, all of whom regularly attend both the Committee and General Meetings to better represent the views of the residents expressed via the Association.

To enquire about membership of the Association or of the Executive Committee or to ask any questions please contact the Hon. Secretary Mrs P Harrison on 01372 373313

There continues to be offences of theft of number plates from vehicles
across Mole Valley. Research shows that stolen plates are used to:

There are some steps that motorists can take in order to prevent themselves becoming a victim of this crime:

The DVLA have put into place an industry standard on “anti-theft” plates which are designed to disintegrate if attempts are made to remove them from a vehicle. These plates cost approximately twice as much as standard plates, but by fitting them you may avoid the cost of replacement plates and also the need to deal with visits or letters from the police about a cloned vehicle committing offences using your registration.

A cheaper alternative is to buy “one way” screws. These are designed with heads that can be screwed on, but cannot easily be unscrewed, and usually need to be drilled out. The increased time the offender needs to spend on removing them, and the increased risk of breaking the number plate and therefore wasting their time, should serve to dissuade them from stealing from your vehicle.

If you are unfortunate and become a victim of this type of crime, please ensure that you inform the police as soon as possible so that they can record the information on the Police National Computer. This will allow any patrolling officers who stop a vehicle with your registration to make further checks to confirm its identity. In Surrey, please use the 0845 125 2222 number. 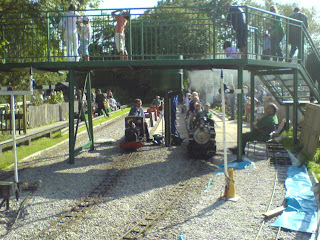 New research carried out by Age Concern has revealed that people are increasingly worried about their older loved ones falling victim to scams. Fraud is one of the fastest growing crimes in the UK with older vulnerable older people particularly at risk from Fraudsters. Half the population is targeted by fraud each year with victims losing £3.6 billion annually.

Age Concern has recently published a book – “How to Avoid Scams –a practical guide on how to help protect yourself and your friends and family from fraudsters”. Further details about the book and more details on the Age Concern research and tips on beating scams can be found from the link below.

The Plough roundabout is becoming a pleasant place to visit with a splendid wine emporium and now as I discovered to my shame a wonderful BBQ shop called Dorking Supplies. This has been open since November 2007 but I thought it was an off licence so have missed a summer??? of buying quality charcoal and various other items sadly lacking in Leatherhead since Downer’s demise. 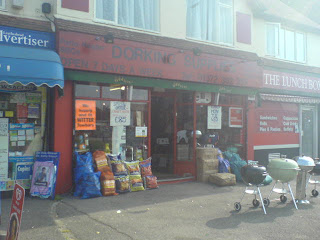 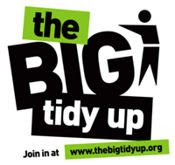 Mole Valley District Council is supporting ‘The Big Tidy Up’ campaign; the nationwide clean up run by ‘Keep Britain Tidy’. The Council has organised a litter pick event in Leatherhead on Saturday 13th September 2008, 10:00am to 1:00pm focussing on the footpath which runs between Kingston Road and the railway station and, time permitting, also on the Kingston Road itself.

Mole Valley District Council will be providing litter picking tools, refuse sacks, gloves and bin liners to all volunteers and will arrange the clearance of all the litter collected.

Anyone who would like to help is very welcome to join the group, meeting at 10.00am at the bottom of the Kingston Road steps, opposite the Community Centre.

The Chairman & Committee members will be involved in the following meetings and consultations over coming weeks. If there are any issues you would like the LRA to bring up at these meetings, please email the Chairman or add a comment to this post.

Leatherhead based charity the Queen Elizabeth Foundation is to hold a Bikeathon on 5th October 2008. Further details can he found at www.leatherheadbikeathon.com

There is also a downloadable PDF version available here.

Leatherhead Residents Association will hold an EGM 1st September 2008 at the Letherhead Institute to adopt the amended Constitution, a copy of which will be in the Help Shop and is now on the website. There are two copies available – one points out the rational for each change.