This is just a reminder that the final drop-in session for the Olympic Cycle race test event on Sunday 14 August is happening this Friday – 29th July at Park House in Leatherhead. The session runs from 3pm to 8pm and is an opportunity for anyone to pop in and ask questions about road closures, crowd management, footpaths, access or whatever is of interest/concern to residents and/or businesses. Representatives from the District Council (me!), the County Council, Transport for London and LOCOG should be there.

Please do encourage as many people as possible to come in and ask any questions they may have. For those who cannot make it, Surrey County Council have a dedicated website for the Olympic Games at www.gosurrey.info which contains a wealth of information and there is some more generic information, including information on how to volunteer for next year’s races, on the District Council website. Please follow this link:

These pages will be updated and added to as we move forward towards the main events next year.

This is to let you know that Mole Valley District Council has been allocated 460 tickets for residents to watch the London-Surrey Cycle Classic from the coveted zig-zag area on Box Hill. We will be allocating a small number to Headley Court and the rest will be available for residents to apply for through a competition.

The competition goes live tomorrow at approximately 12 noon (possibly slightly earlier). It will be online at www.mole-valley.gov.uk and hard copy forms will be available at the Leatherhead HelpShop and Pippbrook reception. Terms and Conditions apply. The closing date is 12 noon on 27 July, after which time winners will be picked from all correct entries, where Terms and Conditions have been agreed to and contact details supplied.

Please encourage your residents to apply, as long as they are willing to commit to coming and recognise that it is a long walk from the station or a car park to the zig-zag area!

Yesterday I received the following from Louise Bircher of Mole Valley District Council:
—————————————————————-
I am hoping to canvass your and your residents’ views on how Mole Valley District Council uses social media please. By this I mean our website (www.molevalley.gov.uk), Twitter (@molevalleydc), Facebook (facebook.com/molevalleydc), YouTube and, more recently QR codes. We are wanting to engage with as wide range an audience as possible so, in addition to the traditional methods of magazine, leaflets, posters and information available over the telephone and face to face, we are also making use of these aforementioned social media engagement tools.

Our Twitter and YouTube accounts have been live for about six months and our followers are steadily growing. I would like to know whether or not you and your residents make use of these forms of communication and whether you find them useful? Are there other forms of social media you would like to see us using? Or could we use what we use now more effectively?

Louise would like to collate all responses by Friday 20th May. If you have any observations please add them as comments.

On 13th December 2010 the Government announced its Localism Bill. This was the first stage in an important process which over the next few years will see the structure of the planning system being ‘radically’ reformed.

How the Localism Bill and the changes in the planning system impact on the preparation of the Mole Valley Local Development Framework (LDF) is an extremely important issue for the Council and its communities. The Council has therefore prepared a Discussion Paper outlining a number of key issues that need to be considered.

The Council is seeking views on this Paper from Friday 4th March until Friday 8th April 2011.  The Discussion Paper and Comments Form can be downloaded from www.molevalley.gov.uk/index.cfm?articleid=11716

Also there will be a longer article on Localism by our Chairman in the LRA Spring Newsletter. Please read it. 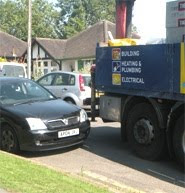 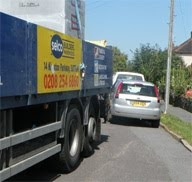