3. Matters arising (not covered below)

6. To receive reports from:
Environment Subcommittee
Planning Subcommittee
Membership Subcommittee
Highways Subcommittee
(No other reports have been received. There will be `a report of the Leatherhead & District Forum meeting on 29th Feb.)

8. Any Other Business (None received so far)

On 29th February at 5.30 in Park House (in the Red House grounds) there will be a special meeting of the Leatherhead & District Forum.

First, Tim Caffell and Colin Langley will tell us about the theatre and its plans for the future. They will also ask us what we might want the theatre to do and how we might help.

Then Chris Wade, Chief Executive of Action for Market Towns, will speak about the achievements of communities in market towns in the UK, and the theme of his talk is "Know Your Place"

All are welcome to this meeting. Parking is in the Randalls Road Car Park and Park House is situated at the top corner of the Car Park, fairly close to the Bull Hill pedestrian entrance.

This event will be held at the Letherhead Institute on Friday evening.

It features performances from friends, clients & staff from Pitstop.

There will be all styles of music.

Dear All
The Council owns Dorking Sports Centre, Reigate Road, Dorking and currently runs it through a leisure operator. The current contract with Leisure Connection will expire in November 2013. We are inviting your views on the much loved Centre and the facilities that it offers before the contract goes out to tender. James Friend, Leader of the Council, has specifically asked that you be invited to complete this survey, which will now be live until 6 March. We’d appreciate it if you could forward the survey on to your contacts, as we’re keen that as many people as possible get the opportunity to have their say.
You can submit your views on our website: http://www.molevalley.gov.uk/index.cfm?articleid=13010
Please do let me know if you would like me to send you some hard copies. Alternatively, the survey is available in hard copy format at the Dorking Sports Centre, the Pippbrook offices and Leatherhead HelpShop.
Kind regards
Louise
Louise Bircher
Customer Service and Communications Manager
Mole Valley District Council
Tel: 01306 879155
www.molevalley.gov.uk
Follow us on Twitter @MoleValleyDC


“Just a warning for Ashtead residents, I have just had letters supposedly
from Hung Pang of Kexim Asia offering me a 50% share of £10.5M. It is a
typical phishing attempt to try to get bank details – this time on paper
instead of as an email. I assume someone is working through the Ashtead
phone book since I have two numbers listed under 2 names and had letters
addressed to both.

Please pass this on – especially to older people who may not be so familiar
with phishing on the internet!”

A warning to all Country Watch member in and around the Headley, Walton and Langley Vale area. Between the hours of 5pm on 18/02/2012 and 6am on 19/02/2012 a number of Sheep in Langley vale were attacked and mauled by a dog. Some of the attacked sheep required euthanising due to injuries.
To all dog owners in the area please ensure the safety of your dog and livestock by keeping the dog secure in your garden or premises or on a lead at all times when out walking.
If you have any information on this incident or see a dog worrying livestock please call Surrey Police on 101

A new community choir has recently been set up in Leatherhead and is welcoming new members.
All Aloud! was set up as part of a county-wide community singing project called ‘Singing Surrey’ and currently meets weekly in north Leatherhead.
The aim of the choir is quite simply to give people who like to sing an opportunity to do so, whether they have a background of music or not.
People of all abilities get regular singing practice and the opportunity to learn different styles of music and gain new singing skills.   Sessions are informal and members rehearse and perform a wide variety of music ranging from African lullabies to modern pop songs.
It is not necessary to be able to read music to join and there are no auditions. All ages are welcome but children must be accompanied by an adult.
The choir is led by a professional musician, who is enthusiastic about singing and committed to the aims of the choir.
The choir meets at Kingscroft Chapel Hall in (on the corner of and ), and there is parking either in or at the Hall.
Funded initially by a grant and assistance from Arts Partnership Surrey (http://www.artspartnershipsurrey.org.uk), and a recent donation from the Police Property Fund (http://www.surrey.police.uk/media/news_item.asp?area=12&itemID=14826) the choir is now independent and run by and for its members.
The choir meets on Tuesdays between 6.30pm and 8.00pm, usually in school term time. Telephone the numbers, or write to the email addresses, below for more information or just come along.  You will be made very welcome.
Contacts for further information:
Ann Baldwin, Secretary, annbaldwin.algo@gmail.com 01372 374 404
Neil Walker, Chairman, neil@walker-trivett.co.uk 07771 861202 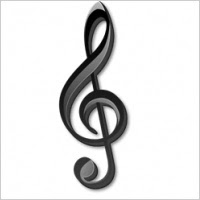 Starting: 8th March 2012 and every Thursday until November